Sperm (male reproductive cells) pass through 3 different stages of formation to become mature spermatozoa. It takes between 42 and 76 days for the sperm to become mature and ready for ejaculation. Sperm develop in the testicles in areas called seminiferous tubules, in the cavity of Sertoli cells. Leydig cells secrete testosterone (male hormone), which enables sperm development.

A conventional (standard) semen analysis is the diagnostic test for male factor infertility. It shows sperm production in the testicles, whether the ducts of the reproductive system are intact and whether the glands are functioning. Male infertility can be defined as the absence of pregnancy despite regular unprotected sexual intercourse. The most common cause of male infertility is inability of the testes.

Among male infertility factors, azoospermia (no sperm in the ejaculate fluid) is the most serious condition. It occurs in about 1% of men and 10% of male factor infertility is due to azoospermia. Azoospermic patients are generally divided into two groups: obstructive (due to obstruction) and non-obstructive (not due to obstruction). This distinction is important because it affects both the clinical approach and treatment outcomes.

Others : Problems in ejaculation.

The differential diagnosis of azoospermia with or without obstruction is made using clinical or laboratory parameters. These are the patient's history, physical examination and hormone tests. Non-obstructive azoospermia is not a treatable condition. This does not mean that the patient will never have children. Sperm is present in 30-60% of these patients. The sperm must be removed from the testicles and placed into the egg by ICSI. The ICSI procedure has been used in IVF treatments since 1992. The ICSI procedure has significantly increased the success of IVF with surgically collected sperm. Sperm can be used fresh or frozen after surgical collection (Micro TESE).

Techniques for sperm collection in non-obstructive cases are TESA (testicular sperm aspiration), c TESE - one or more conventional (open) sperm extraction and Micro TESE. The chances of finding sperm with these techniques depend on the technique used. The one with a higher chance of success is c TESE or Micro TESE. The aim of all retrieval techniques is to take samples from the tissues where sperm are produced and to find and extract the sperm in these tissues under a microscope. Since the areas of sperm production are not completely clear, the most appropriate surgical approach is to find these areas with Micro TESE.

In non-obstructive azoospermia, the first approach is to try to collect sperm from the area called epididymis. If this is unsuccessful, the sperm extraction (TESE) procedure is initiated. TESE is the most appropriate approach in cases of non-obstructive azoospermia. Simple lifestyle changes such as smoking cessation can increase pregnancy success in male infertility. In cases where hormone secretion from the brain is insufficient (hypogonadotropic-hypogonadism), medication can increase the success of sperm extraction.

Clomiphene citrate, aromatase inhibitors and hcg can be used in hormonal treatment. In Klinefelter syndrome, testosterone levels are low and can be increased above 250 ng/dL with medication, thus increasing the chance of finding sperm in micro TESE. If hypospermatogenesis (insufficient sperm production) is diagnosed in non-obstructive azoospermic men and the first micro-TESE is unsuccessful, the use of gonadotropins before the next TESE may increase the chance of success. Surgically, the testicle consists of 200-400 wedge-shaped compartments. These compartments are called testicular lobes. These lobes are composed of compartments of fibrous tissue of the tunica albuginea. Each lobe contains 3 to 10 seminiferous tubules.

Microdissection TESE
An operating microscope allows the seminiferous tubules that are most likely to contain sperm to be visualized. This means that less tissue needs to be removed to find sperm. In c TESE without a microscope, more intact testicular tissue must be removed to find the same amount of sperm.

The difference is about 70 times greater. The procedure starts from the larger testicle or, if both are the same size, from the right side. Care is taken not to damage the blood vessels during the procedure. Microdissection should continue until sperm is found or until all areas of the testicle are evaluated. If no sperm is found in the first testicle, the next one is started. When sperm is found, small bleeding is stopped and the incision in the testicle is closed with sutures.

Bleeding, infection, blood clot formation, hardening due to healing tissue (fibrous) may occur after TESE. In cases where no sperm is found despite TESE, sperm donation can be used for pregnancy as a last resort. 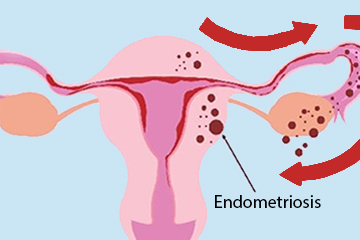 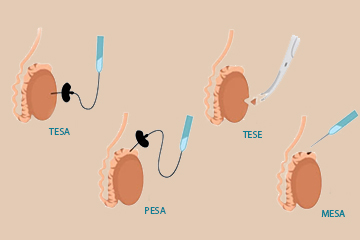 © 2022 All rights reserved. Developed by Datahan IT